The World Cup-winning soccer star and the WNBA champ have been dating since 2016.

The celebration comes a year after the island became the first place in Asia to legalize marriage equality.

Activist Ría Thompson-Washington is training people to de-escalate tensions at polling sites so that voting in 2020 can be simple and safe.

Where Are My Black Witches? Using Black Ancestral Magic Against White Supremacy

From actual hexes to binding spells, witchcraft has a long tradition in the fight to dismantle white supremacy.A new generation of Black witches are taking part in the resistance using ancestral practices, ideologies, and modern technology.

The post Where Are My Black Witches? Using Black Ancestral Magic Against White Supremacy appeared first on Autostraddle.

The Democratic candidate says he’ll prioritize the landmark LGBTQ rights legislation should he win the presidency.

Donald Trump on Friday took his lying about COVID to new lows, claiming that U.S. doctors will write down a patient’s death from a heart attack or cancer as a COVID death because they will financially gain from it.

Said Trump in Michigan: “Our doctors get more money if somebody dies from COVID. You know that, right? I mean our doctors are very smart people. So what they do is they say ‘I’m sorry but everybody dies of COVID.”

CNN’s Anderson Cooper blasted Trump in a Friday night monologue: “The president is all-in on lying about the virus now. He’s telling crowds and maskless people they are social distancing and wearing masks. He’s saying the virus is going away. It’s not. It’s spreading. He says the doctors are lying about the death toll. They aren’t. The death toll is actually underreported.”

“No, it’s not true,” Cooper added. “Doctors and nurses are risking their lives. They very possibly saved the life of that man right there and this is how our president treats them, out frontline heroes. It’s not enough for our self-described wartime president to get our fellow citizens hating and fighting one another. He’s now trying to get us to turn on the very people who are defending us on the frontlines, fighting this virus. His supporters nod their heads there, they cheer and they jeer. That’s what we have become.”

“No, Mr. President, it is not that we are testing more, because in some states with your encouragement we’re actually testing less,” Cooper continued. “It’s not the doctors trying to earn extra cash from people dying, faking death counts, which is obscene. They’re risking their lives along with nurses and hospital staffs to save others.”

“Throughout this pandemic, physicians, nurses, and frontline health care workers have risked their health, their safety and their lives to treat their patients and defeat a deadly virus. They did it because duty called and because of the sacred oath they took. The suggestion that doctors—in the midst of a public health crisis—are overcounting COVID-19 patients or lying to line their pockets is a malicious, outrageous, and completely misguided charge. COVID-19 cases are at record highs today. Rather than attacking us and lobbing baseless charges at physicians, our leaders should be following the science and urging adherence to the public health steps we know work—wearing a mask, washing hands and practicing physical distancing.”

Jake Bain, the football star who made headlines after coming out as gay, opens up about being sexually abused by his father

Jake Bain, the high-school football star who made headlines when he came out as gay, has opened up about being sexually abused by his father. Bain became one of the first openly queer athletes at the NCAA Division I level when he came out publicly in 2018 when he was still a high school student. He ended ……

The real horror of ‘Ratched’ isn’t madness; it’s being queer in a straight world

Welcome to the Weekend Binge. Every Friday, we’ll suggest a binge-able title designed to keep you from getting too stir crazy. Check back throughout the weekend for even more gloriously queer entertainment.

In the lead up to Halloween, we’ve scoured our streaming library to come up with a great queer-themed horror series, suitable for binging during the witching hours. Funny enough, one title keeps rising to the front of the pack: the recent Netflix series Ratched.

The new show reimagines the origins of Nurse Ratched of One Flew Over The Cukoo’s Nest, catching up with her in the late 1940s as she joins the staff of a seaside insane asylum. By now you’ve probably heard a good deal enough about the plot (and if not, check out our recommendation). What makes the show stand out in our mind–more so than the amazing cast or production design–is that, at its heart, the show is really about living as an LGBTQ person, and how, in a certain time, that was considered insane. Ratched preoccupies itself with the nature of insanity, and begs the question: does madness result from the pain of being misunderstood? For queer folks prior to 1973 when the APA declassified homosexuality as a mental disorder, the answer seems to be yes. LGBTQ characters in Ratched undergo torturous experiments to “cure” their sexuality. Of course, none of it does any good, which begs another question: are the medical staff crazy for even trying?

Rached channels all types of horror, from high brow titles such as Suspiria and The Shining to low brow shlock. References to the gimmicky horror movies of William Castle (Straight Jacket, The Tingler) abound, but that only adds to the fun. For all the Grand Guignol outrageousness and genuine scares, however, Ratched tells a story of pain and trauma, fear of being different, and how society tortures what it does not understand. For those reasons, we rank it ahead of other LGBTQ horror series–notably American Horror Story, which Ryan Murphy also created–as a great way to welcome scary season, and enjoy a thrill ride into the dark corners of the human mind. 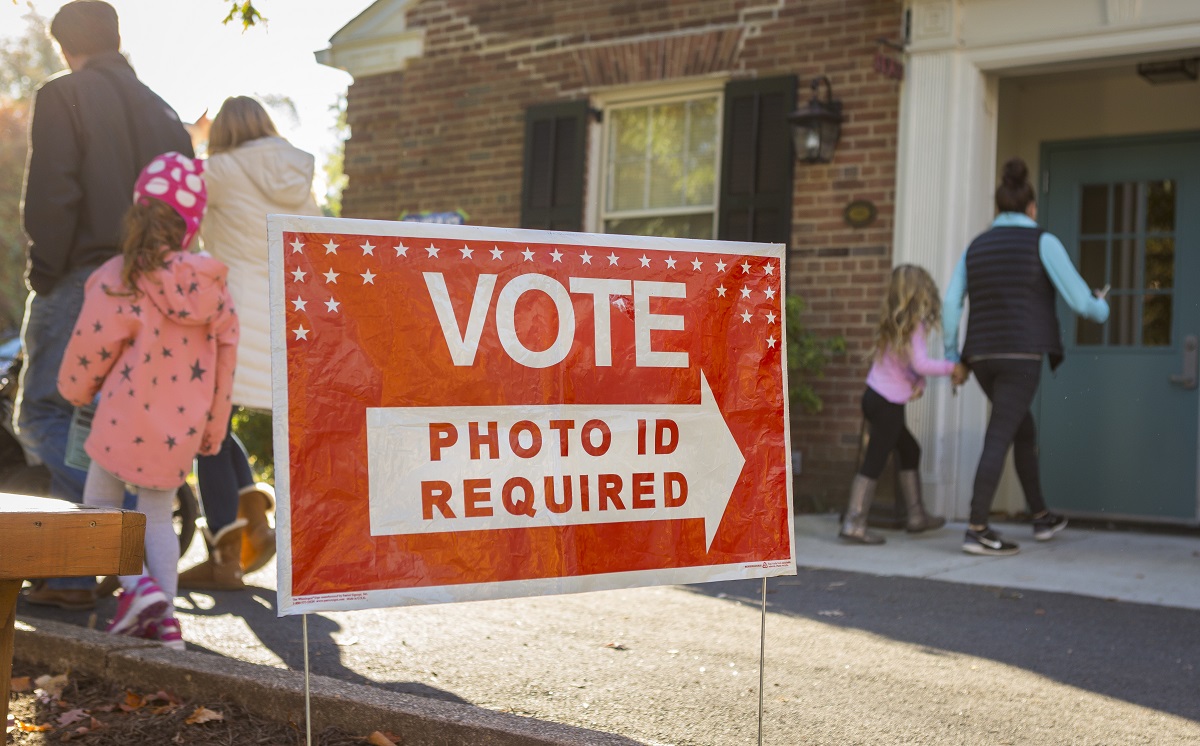 Between Republicans rewriting rules and COVID-19, there’s a real potential for historic levels of voter suppression. Here’s a look at some states where voter suppression efforts are already at work.

The post 2020 Voter Suppression Efforts They Don’t Want You To Know About appeared first on Autostraddle.

A popular pro-Trump Facebook page called the “Official Kayleigh McEnany Fan Page” has been yanked from the platform.

The page first appeared in early May, where it grew to an impressive 475,000 followers, averaging about 100,000 new members per month, before Facebook took it down earlier this month.

This is actually the second time a McEnany fan page has been removed from the social media site.

Last month, “Kayleigh McEnany Official” was taken down “as part of routine enforcement against spammy and inauthentic behavior because it used a range of deceptive techniques to boost their popularity on our platform.”

Facebook tells Snopes that the management of “Kayleigh McEnany Official” employed “compromised accounts to mislead people about its origin, make their content appear more popular than it is, and drive them to off-platform domains filled with pay-per click ads and to YouTube.”

It’s unclear exactly why “Official Kayleigh McEnany Fan Page” was taken down, however.

It could be because one of its admins, Nicholas Zulu, is a far-right extremist who has a history of posting QAnon slogans online. Earlier this year, the AP reported that Facebook was cracking down on people who use the platform to bolster the conspiracy theorist organization.

@kayleighmcenany and @GilmartinSean, my conservative Facebook admins and I wanted to create a FB page to honor you, your family, and the great job you are doing as @PressSec. Please visit the OFFICIAL KAYLEIGH MCENANY FAN PAGE at https://t.co/loMK9Itc32

McEnany herself doesn’t appear to be connected to the “official” fan group in any way and she hasn’t issued any comment on it being removed. Probably because she’s been too busy moonlighting on Trump’s reelection campaign while simultaneously working as White House press secretary.

McEnany appeared on Fox News several times this week, where she was introduced as “Trump 2020 senior adviser and White House press secretary” and confirmed that she is now serving “as adviser for the Trump campaign.”

Speaking to the Daily Beast, Paul Seamus Ryan, vice president of litigation for the group Common Cause, says, “This looks like the latest example of Trump administration officials bending and breaking ethics laws and norms. This is unfortunately par for the course for this administration.”

A White House spokesperson said McEnany is totally allowed to campaign for her boss on Fox News because she’s doing it “in her personal capacity as a private citizen.”

Related: Melania is absolutely “shocked” to learn there are people who think her husband is antigay