Is it wrong that we find a psychopath this attractive? 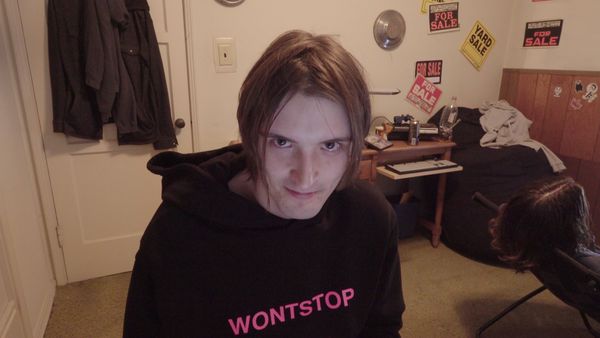 The Screamer: M.O.M.-Mothers of Monsters

This horror/thriller gem didn’t get enough press when it debuted earlier this year. That gives us the pleasure of recommending it here, just in time for Halloween.

The film stars Melinda Page Hamilton of Desperate Housewives as Abbey, mother to  Jacob (Bailey Edwards in his leading debut; he’s the son of Top Gun & E.R. star Anthony Edwards). Abbey begins recording everything on hidden video around the house, convinced that Jacob is an aspiring psychopath. Jacob also might be gay; the movie toys with us on that subject, which somehow adds to the thrills. Jacob reacts to his mom with reasonable disgust…and develops a terrifying plan of his own.

Much in the vein of Whatever Happened to Baby Jane and even The Shining, M.O.M. chronicles a descent into madness. But just who is the crazy one in this mess? Hamilton gives a compelling performance, as does veteran actor Ed Asner in a brief role as Jacob’s psychiatrist. The movie, however, belongs to Edwards, who shows off great range and charisma with some very difficult material. Handsome, magnetic and radiating an impish sexiness, he shows real potential as a leading man. That’s he’s also queer in real life is just an added bonus here.

M.O.M. doesn’t rely on heavy gore or jump scares for its thrills. Rather, it allows its leading performers to show off their skills, and lets its characters get under the skin of viewers. Modest, sneaky and very tense, it will leave you panting…one way or another