Tired as we are? How about a good ‘ole comforting laugh? 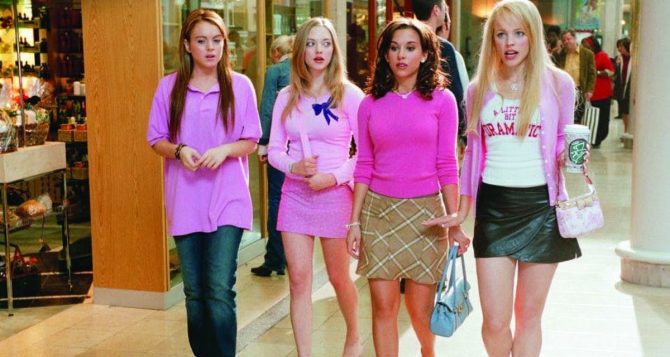 Since we currently feel like we’ve been steamrolled by American politics, we’ve decided to take a peaceful jaunt back to the era of high school politics, with one of the great comedies about political nastiness.

Mean Girls, of course, won great reviews and became a major hit when it debuted back in 2004. The film follows the arrival of wide-eyed innocent Cady (Lindsay Lohan) into an upper-middle-class high school, and the vicious fellow females she encounters from the outset. The Plastics, led by the uber-nasty Regina (Rachel McAdams), dominate student life with their mixture of snark, beauty and cunning manipulation. A war of sorts ensues as Cady and Regina both try to assert their personalities within the high school dynamic, with both women becoming more and more superficial and vicious as a result.

Lindsay Lohan may have become a household name based on the success of Mean Girls, though the film’s real legacy comes from its announcement of Rachel McAdams and Amanda Seyfried as up-and-coming starlets, along with Daniel Franzese and Jonathan Bennett. Both Franzese and Bennett would go on to successful acting careers, and become outspoken, out-gay advocates. Writer Tina Fey too would find herself pushed into a higher echelon of Hollywood writers, as the film developed a cult around it that has only expanded over time.

Witty, deep and oh so fetch, Mean Girls is exactly the kind of comfort food we need this weekend. Enjoy it along with a very tall glass of wine.