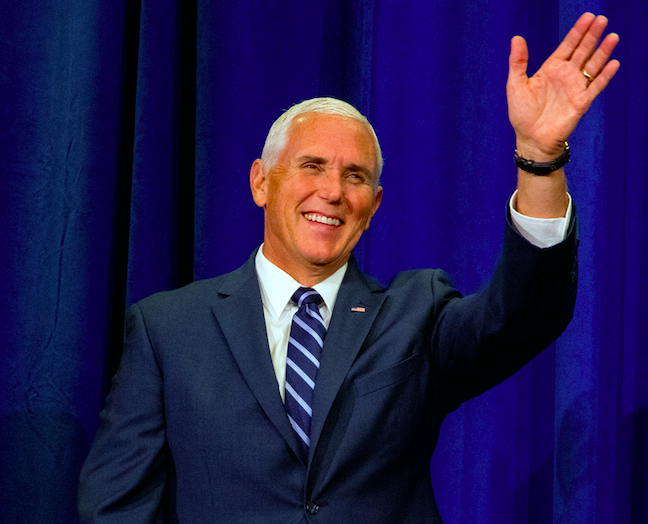 Mike Pence seems to be the only member of the Trump klan who has accepted that they lost the 2020 election to Joe Biden and he’s ready for a break.

The Vice President jetted off to Florida this morning for a five-day, post-election vacation getaway with Mother, as a second wave of coronavirus rages throughout the West Wing.

Four members of Pence’s staff, including his chief of staff Marc Short, have tested positive for COVID-19, along with Trump’s own chief of staff Mark Meadows, HUD Secretary Ben Carson, and campaign adviser David Bossie.

Rather than stick around to, say, deal with that, or manage the coronavirus task force, or work with the Biden transition team, Pence decided now would be an awesome time to get the hell outta D.C. and hit the white sandy beaches of Sanibel Island, Florida.

We can’t decide whether Pence’s decision to go on vacation right now is irresponsible, idiotic, or both, but Twitter sure has some opinions about it…

Mike Pence is on vacation in Florida today through Saturday. Because he knows they lost. #BidenWonDay

If Mike Pence stops running the COVID Task Force to go on vacation how will we even notice?

Pence told Trump he could not Participate in Undermining Democracy, Pence is “on vacation”

“I’m going on vacation” doesn’t really convey the urgency of widespread voter fraud that this administration is claiming. You’d think that’d be a all hands on deck situation. Instead Pence is going on official vacation and Trump is just golfing on the clock.

“When the going gets tough, the tough get going”.

And Mike Pence goes on vacation.

— Service with a smirk

Hmmm. I believe Pence is going on vacation as much as I believe they *meant* to book Total Landscaping.

Mike Pence is on his way to a vacation in Florida

He claims a statement will be made , so a press conference has been scheduled at the Marriott Pool Store

In other Mike Pence news, it looks as though he’ll be going down in American history as the fourth Republican VP from Indiana to only serve one term in office.

Not only that, but if history proves correct, his political career is also likely over. No vice president from the Hoosier state has ever gone on to win the presidency or any other office after leaving the White House.

Related: Melania is reportedly “counting every minute until he is out of office and she can divorce”