This weekend, follow an adult performer on the path to murder 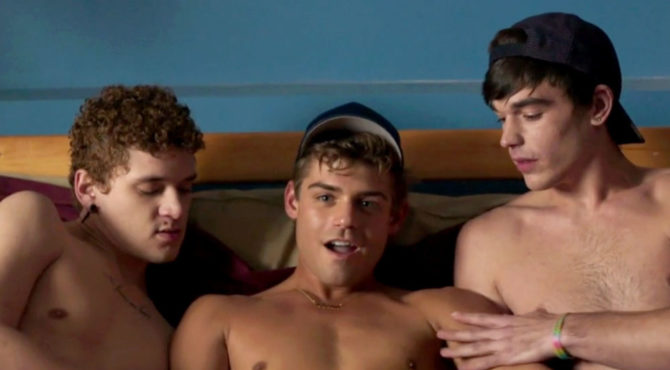 For all Kelly’s technical polish, a sexpot turn by Clayton, and an outstanding character performance by Slater, King Cobra defies meaning. Kelly doesn’t hold back on the salaciousness–or frankly, grossness–of the adult industry, or how the sudden influx of money, fame and sex can corrupt healthy minds. By the time the film ends, the numerous sex scenes feel less like sex-positive celebrations than scenes of strung-out addicts wasting time before inevitable self-destruction. In a similar fashion, the characters–including Corrigan–aren’t so much figures to root for or idolize as exploitative swine that become more and more reprehensible with each passing scene. Then again, that might be the point: as with Corrigan’s videos, the joy and innocence is only an illusion.

Well-acted and explicit, King Cobra has an elusive quality about it when it comes to its characters. Does the film venerate them, or see them as scum? Watch and decide for yourself.