Devin Ibañez, a pro rugby player who played with the New England Skipjacks in 2019 and hopes to play in England to be closer to his boyfriend Fergus (pictured above in his arms) according to Outsports, came out as gay on social media in a newly-created Instagram account bearing the handle @thatgayrugger.

Wrote Ibañez: “As 2020 comes to a close I took the time to reflect on my life and what aspects I could control and make positive changes to that would impact my day to day life and happiness. It became clear to me that living my life with more transparency and openly celebrating who I love would have an immediate positive impact on me and those I care about. So I want to start 2021 by celebrating the love of my life and my partner @ferguswade who has been with me through the highs and the (very) lows of the last three years. “

“I am openly gay, Ibañez continued. “This is something that is not a secret to those close to me and even several people not close to me. But I always felt a need to keep it separate from my rugby career. I always came up with a reason why being more vocal would be a distraction, detrimental, or unnecessary.”

As the years went by no level of success was enough to justify potentially losing opportunities within the sport, jeopardizing relationships, or making myself a target on the pitch,” Ibañez continued. “The final goal became ‘Once I sign a pro contract I will be more vocal and become the first openly gay MLR player’. As the day came and went that I signed a contract with the @usmlr , I moved the goalposts even further. This was largely fueled by a narrative I told myself that unless I left no doubt about deserving my spot that I would be viewed as a token and not a true professional. But what I considered as casting a shadow I’ve slowly realized can also act as a beacon. So I have decided to embrace what I once felt embarrassed of and be proudly and shamelessly myself. I have met some incredibly talented LGBTQ rugby players over the years, many of whom were blackballed from playing a high level solely due to being gay.”

“As of now I am the only openly gay rugby player to earn a contract with an MLR side,” Ibañez noted. “I hope that I will meet others Iike myself playing a high level of rugby and hoping to inspire the next generation of proud LGBTQ rugby players. So I will proudly call myself ‘that gay rugger’ in hopes that one day it won’t sound strange in men’s rugby.” 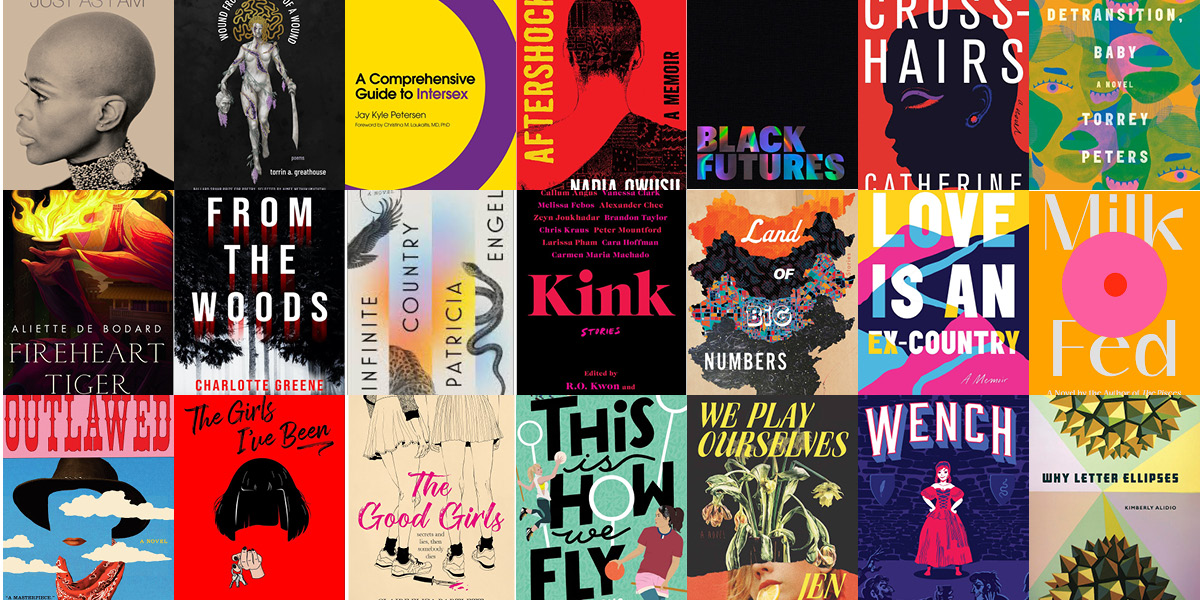 The post 69 Queer and Feminist Books Coming Your Way in Winter 2020 and 2021 appeared first on Autostraddle.

Western Isles, off the coast of Scotland, just rejected LGBT-inclusive education in favour of Roman Catholic teaching on sex Out Norwegian musician Marie Ulven opines that there’s “no mistletoe above our heads” in her song “two queens in a king sized bed.”

Bisexual Love Island star Megan Barton-Hanson has revealed the “mortifying” homophobic comments she received from her brother’s girlfriend when she began dating women. Barton-Hanson came out publicly as bisexual last year when she appeared on Celebs Go Dating, and went on a date with The Only Way is Essex…

Gautam Raghavan has been appointed as Deputy Director of the Office of Presidential Personnel. (Official White House Photo by Pete Souza) Barack Obama’s former White House LGBT+ liaison has been…

The U.S. Department of Justice announced Tuesday that it has closed its investigation of the fatal 2014 police shooting of 12-year-old Tamir Rice in Cleveland, saying no criminal charges would be filed against the officers involved because video of the killing was not good enough to conclusively determine what happened.

“The video footage is grainy, shot from a distance, does not show detail or perspective, and portions of the incident are not visible because of the location of the patrol car,” the DOJ explained in a statement. “Further, the time lapse footage captures approximately two frames per second at a variable rate, which is incapable of capturing continuous action.”

On November 22, 2014 two Cleveland officers, Timothy Loehmann and Frank Garmback, responded to a police dispatch call regarding “a guy with a pistol” seen near the Cudell Recreation Center playground on the city’s West Side. A 911 caller said that the person, “probably a juvenile,” was “scaring the shit out of everyone,” but added that “the gun was probably fake.”

Rice was playing with a replica pellet gun with the orange safety barrel cap removed when Loehmann, a rookie officer, fatally shot him.

In 2016, Rice’s family and the city of Cleveland reached a $6 million settlement, although attorneys for the family said that “there is no such thing as closure or justice” in such situations.

The Justice Department said that “after extensive examination of the facts in this tragic event, career… prosecutors have concluded that the evidence is insufficient to prove beyond a reasonable doubt that Officer Loehmann willfully violated Tamir Rice’s constitutional rights, or that Officers Loehmann or Garmback obstructed justice.”

Subodh Chandra, an attorney for Rice’s family, issued a statement in the wake of Tuesday’s DOJ announcement claiming the government’s “process was tainted.”

“It’s beyond comprehension that the [Justice] Department couldn’t recognize that an officer who claims he shouted commands when the patrol car’s window was closed and it was a winter day is lying,” Chandra said. “The Rice family has been cheated of a fair process yet again.” Out activist Jasmyne A. Cannick led the call to bring the accused predator to justice, but she says opportunism elbowed her out of the narrative.