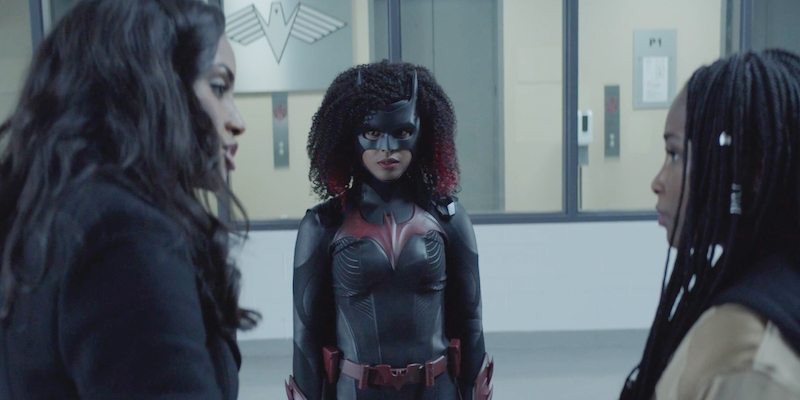 I promised myself I wouldn’t spend this entire recap yelling, “BLACK WOMEN THOUGH!!” but in this scene (and another later), we get three Black women sharing screentime, and two of them are queer main characters on a network superhero drama. I didn’t know I was allowed to want this when Black Lightning entered my life, and for it to be happening again? Teenage Nic is screaming right now.