Beyonce (With Her Mom), and Michelle Williams watched Kelly Rowland give birth on Zoom 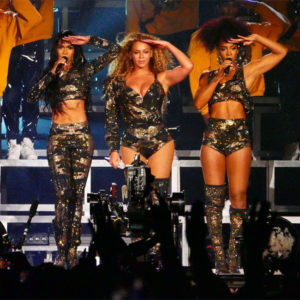 The 40-year-old singer and her husband Tim Weatherspoon welcomed son Noah into the world in January and were keen for their family to share in their special moment, including her “sisters” Beyonce and Michelle Williams.

Kelly – who also has six-year-old Titan with her spouse – told ‘PEOPLE (The TV Show!))’: “We had our family join on Zoom. They were able to see Noah come into the world. It was beautiful.”

Amongst others on the Zoom were Tim’s mother and Beyonce’s mom, Tina Knowles.

She said: “They met him immediately.”

The ‘Dilemma’ hitmaker previously spoke of how overwhelmed with love she felt when her bandmates met her son for the first time.

She said: “The girls were literally over here at the house just recently and when they met the baby, it was like another part of my heart just … being able to share space with Michelle and Bey is truly a gift.”

And she described their enduring friendship as “really a gift” because it’s so rare in the music industry.

She said: “[It is] really a gift, because we’ve known each other for so long and the industry doesn’t really make friendships.

“And I’m just so grateful for them and they are a highlight of my life. Not professionally, but our friendship and our sisterhood — you’re going to make me cry.”

Kelly has also admitted she values their friendship more than any of their musical achievements.

She said: “I always say with Destiny’s Child, the singing together and winning awards and everything like that is great, but the friendship that we share still to this day … I can’t even tell you.”

A 17-year-old boy is overjoyed to become the first transgender Eagle Scout in his community after a cruel ban on trans members was lifted. Jace King had always dreamed of becoming an Eagle Scout like his brother, but due to the scouts’ ban on transgender boys he wasn’t allowed to join until 2019. That meant ……

The Admiral Duncan, a popular LGBT+ pub in Soho, London, will never forget the awful day a nail bomb attack claimed the lives of three people and injured dozens more. Friday April 30, 1999 was supposed to be the start of a glorious bank holiday weekend. The sun was shining, workers had clocked off in … Continued

The Admiral Duncan, a popular LGBT+ pub in Soho, London, will never forget the awful day a nail bomb attack claimed the lives of three people and injured dozens more. Friday April 30, 1999 was supposed to be the start of a glorious bank holiday weekend. The sun was shining, workers had clocked off in … Continued

The DUP’s only out gay lawmaker, Alison Bennington, has said she is “very sorry” to see Arlene Foster resign as party leader. On Thursday (29 April), Foster resigned as first minister of Northern Ireland and as leader of the Democratic Unionist Party (DUP) after three quarters of her elected…

Steven Canals details the fight to make ‘Pose,’ and its original, much darker concept

On the eve of the debut of Pose‘s final season, series creator Steven Canals has opened up about the difficulty in getting the show made, the decision to end it after three seasons, and the original, much darker concept for the story.

In a new interview with DigitalSpy, Canals reiterated that it took years to get Pose greenlit. Agents, studio bosses, and just about everyone else discouraged him from trying to make a show about the ballroom scene.

“I would say about 50% were giving me some version of: ‘It’s going to be really hard. It’s very Black, it’s very brown, it’s queer, it’s trans, it’s a period piece,’” he says of his pitch meetings. “But then there was a smaller group that was very direct, saying, ‘No one’s ever going to give you the money or trust you need to get this to the finish line.’”

By the time he met with co-creator and executive producer Ryan Murphy, Canals was almost ready to give up.

“I was tired because it had been two-and-a-half years of going in and out of offices, pitching the story, and talking about it,” he says of their first meeting. “So by the time I got to the meeting with Ryan, I was equal parts exhausted, and, at the same time, there was kind of an interesting ‘I don’t feel like I have anything to lose’ attitude and energy. But the minute that we sat down and we started talking, I realized immediately, ‘Oh, he’s the right person for this.’ And so by the end of that meeting, he was like, ‘OK, we’re going to make that together.’ I don’t think I’ll ever have another experience like that in this business.”

Related: We visited the set of ‘Pose,’ the show that might just save the world

Canals went on to detail his original, much darker concept for the show which was less Paris is Burning and more Les Miserables.

“The core journey was the same,” he says of the original pilot script, “which is that there’s a young Black boy, named Damon, who gets kicked out of his house for being gay, he moves to New York, then gets enmeshed in the ball scene, and gets caught in a war between two house mothers. But in that original draft, Damon becomes a sex worker. So he’s out in the Piers surviving, and he has a pimp. That pimp gets murdered in the pilot. And so the core narrative of the first season was much darker than what the show became. By the end of the pilot, you know who’s responsible for the murder. But it sort of becomes a cat-and-mouse narrative where you’re like, ‘Oh, no, are they going to get caught? Are they going to get arrested for this murder?’”

“And at that point,” Canals explained, “Ryan was like, ‘Let’s just go back to your original draft.’ We started rewriting it, and it was still dark. And then I got a note from Ryan that changed everything. He just said, ‘You have a real joy about being a queer person of color. I want to feel that joy. That happiness, that love that you have for your identity and your community… It needs to be on the page.’”

For Canals, the success of the show only yielded more questions. Chief among them: how and when to end the series. In the interview, he reveals that he struggled to decide if Season 3 should be the show’s last. Ultimately, it seemed fitting.

“Ryan and I, we were very thoughtful about it,” he recalls. “We certainly could have done a fourth or fifth season if we really wanted to. But the thing is that the audience will suss out filler, right? They’re going to know if there’s intention behind narrative. I think that the previous two seasons had such a clear arc, and such a clear thread. It was heartbreaking to make that decision, to say, ‘Fine, I think we’re done.’ I know that the audience probably won’t agree with this, but it really was done thinking about the audience. Let’s go when we’re still on top. Let’s go when people are still excited about us, and love us.” With Pride Media’s Love, Me series, LGBTQ+ celebrities share their experiences with depression to help others. Jaime Harrison has a few choice words for Republicans disinterested in the substantial problems facing Americans. 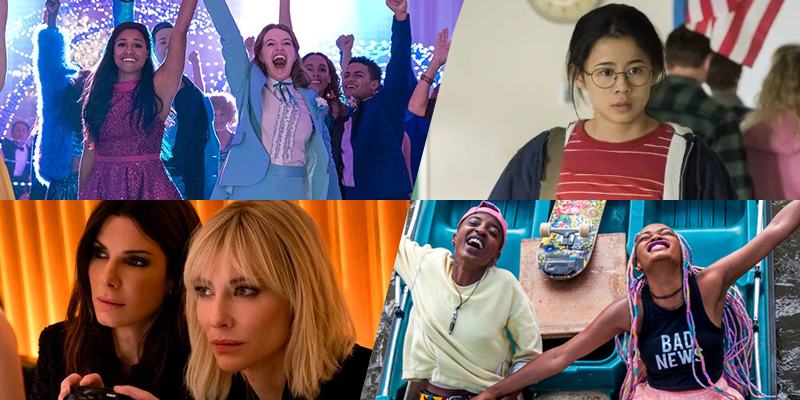 Good first date movies for lesbians haven’t always been easy to come by, what with all the death and dismemberment—but now there are dozens! Dozens!

Drag Race UK’s A’Whora on All Stars, lingerie and why death threats are water off a duck’s back

Drag Race UK star A’Whora says being on the hit show and being “catapulted” into “celebrity culture” has been a “huge wake-up call” in having to “get your s**t together”. A’Whora – whose real name is George Boyle – was a standout performer on the second season of…