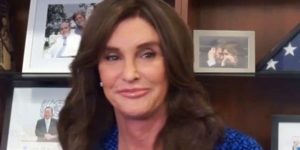 That’s about all we know at this point but thought you should know.

So, Caitlyn Jenner might run, and is obviously a high profile potential candidate who could scramble expectations and the race.

Axios further reports,” Jenner is being assisted in her consideration by Caroline Wren, a longtime GOP fundraiser. Wren initially met Jenner through her work with the American Unity Fund, a GOP nonprofit focused on LGBT issues….JWren previously worked at Trump Victory, a joint fundraising committee for President Trump’s 2020 campaign, and also helped organize the rally he addressed immediately before the U.S. Capitol assault on Jan. 6.”

With credentials like those, who needs to know more.

Readers will recall that a similar recall brought the words “Governor” and “Schwarzenegger” together and the general consensus is that he was surprisingly not bad.