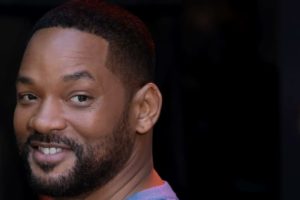 Los Angeles (AFP) – Will Smith’s slavery drama “Emancipation” will no longer be filmed in Georgia after the southern US state approved a voting rights law that critics say is intended to depress turnout in Black and other underrepresented communities. Georgia has become a major US movie industry production hub in recent years, but the “Emancipation” move follows mounting public criticism and boycotts from corporations, sports and entertainment bodies over last month’s controversial measure in the state. “We cannot in good conscience provide economic support to a government that enacts regressi… Read More

Hopefuls begin lining up to run in 2022, with a likely Kemp-Abrams rematch topping the ticket

ATLANTA — Only three months removed from supercharged, nationalized elections, Georgia candidates are already lining up to run for statewide office, the U.S. Senate and congressional seats in 2022, seeking a head start in what will be another tumultuous political season in one of the nation’s premier battleground states. The race will likely be topped by a rematch between Gov. Brian Kemp and Stacey Abrams, the titans of the state Republican and Democratic parties, and a still-developing field of GOP candidates angling to challenge newly elected U.S. Sen. Raphael Warnock. Some elected officials…Read More

(CNN)Rep. Matt Gaetz, who’s facing a federal investigation into sex trafficking allegations, was recently denied a meeting with Donald Trump at his Mar-a-Lago estate as the ex-President and his allies continue to distance themselves from the Florida congressman.

By Jessica DiNapoli (Reuters) – Most CEOs on a call to discuss a new push against U.S. state voting restrictions said in a poll they will reassess donating to candidates who fail to support voting rights, while many will consider holding back investments in states that restrict voting access, according to people familiar with the matter. Some business executives are putting together a new statement calling for the protection of U.S. voting rights, the latest corporate backlash against moves by Republican politicians to change election rules in Georgia and other states, the sources said. About …Read More

Washington (AFP) – Addressing a meeting of affluent donors and top Republican officials, Donald Trump spent more time lashing out at fellow Republicans — and most sharply at their Senate leader — than at Democrats, news media reported Sunday. The former president, speaking Saturday to members of the Republican National Committee at his Mar-a-Lago resort in Florida, called for party unity in the wake of his loss to Joe Biden and the party’s loss of Senate control. But his polarizing ways and piercing criticism of fellow party members have created awkward complications for Republican leaders a… Read More

This week, Senate Minority Leader Mitch McConnell (R-Kentucky) told corporations not to speak out on political issues. The Kentucky senator warned “corporate America to stay out of politics.” McConnell who has a long history to collecting millions from U.S. firms, quickly added, “I’m not talking about political contributions.” McConnell’s comments came at a Tuesday news conference in Louisville, Kentucky, in which the senator was discussing the MLB’s decision to move their All-Star game out of Georgia in protest of the state’s new restrictive voting law. Since Georgia passed the law, several c… Read More