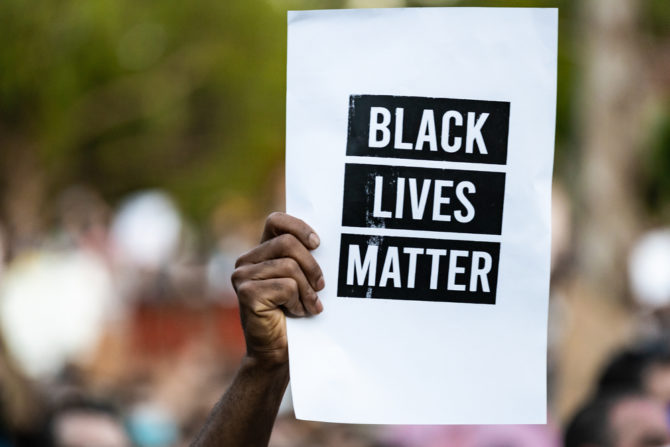 The jury in the murder trial of ex-Minneapolis police officer Derek Chauvin for the death of George Floyd reached a guilty verdict today after 10 hours of deliberations.

Floyd had five children and two grandchildren and was a much-loved figure in his community, referred to as a “gentle giant” by many. His death on May 25, 2020 ignited protests in Minneapolis, throughout the United States, and around the world and prompted calls for police reform and awakened many on issues of systemic racism and racial injustice.

Here’s how folx are responding to the verdict on Twitter…

A murderer found guilty of murder.

Derek Chauvin as the judge read the verdict: pic.twitter.com/V3pkr3PiYo

Grateful they gave the verdict guilty on all charges.

Angry and deeply sad that I’m shocked by it.

Meanwhile, the motherfuckers that killed Breonna Taylor are free and getting book deals. This verdict ain’t nowhere near enough. No verdict could be.

The look of complete panic on Derek Chauvin’s face when those verdicts came out?????

Cops aren’t going to like this verdict. I hope they stay peaceful.

But it’s still fuck the police.

Chauvin’s reaction to one guilty verdict, let alone 3, is SO telling. And reflective of how powerful & untouchable the police believe they are. Abolish their institution.

WE LOVE TO FUCKING SEE IT!!! GUILTY ON ALL THREE COUNTS AND REMANDED BACK TO PRISON!!!! #GUILTY #ChauvinTrial #verdict pic.twitter.com/MPLv1XgrYN

Maxine Waters’ reaction to Chauvin guilty verdict on all three counts: “Someone said it better than me: I’m not celebrating. I’m relieved.”

A reminder that victory would be George Floyd being alive. Every day Black Americans worry if they will be next is another day without justice.