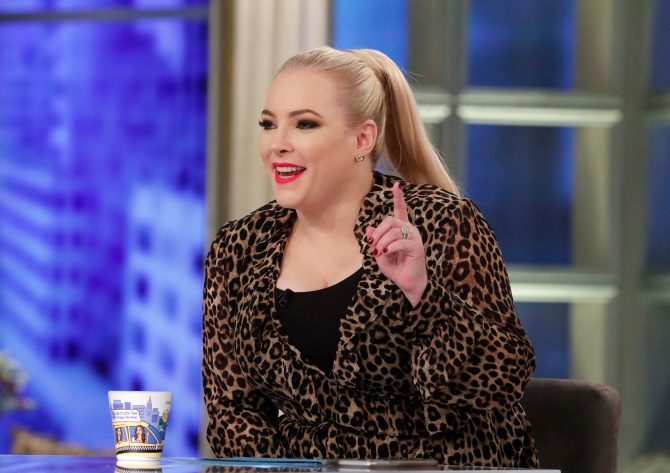 Liz Cheney made headlines this week when she boldly stated the obvious by declaring the 2020 election was not stolen despite Donald Trump‘s most recent claims that it was, and nobody was more impressed by her bravery than John McCain’s daughter.

“The 2020 presidential election was not stolen,” Cheney tweeted yesterday. “Anyone who claims it was is spreading THE BIG LIE, turning their back on the rule of law, and poisoning our democratic system.”

The 2020 presidential election was not stolen. Anyone who claims it was is spreading THE BIG LIE, turning their back on the rule of law, and poisoning our democratic system.

Later in the day, Meghan McCain, co-host of The View, took to Twitter to voice her deep admiration for the #3 Republican, who she called a “queen.”

“Slay queen @Liz_Cheney,” Meghan McCain tweeted, along with that iconic GIF of Angela Bassett walking away from the burning car in Waiting to Exhale.

There is sooooo much wrong with this tweet, we don’t even know where to begin. So maybe it’s better if we let others do the talking for us.

Here are the responses…

Digital blackface is not okay. Just no.

You love using our cultural phrases but you hate black peoples

I seem to remember you trashing Liz a little over a month ago.

You don’t get to use gay slang when you’re a part of the party who tries to erase & harm LGBTQ.
Sit down.

This is why you are part of the problem

You confuse us Meghan

You should look up digital black face. This tweet of yours is a prime example.

The Police Started As Slave Catchers in 1704