Matt Gaetz Twitter Keeps Giving, and Getting Zinged On News That His Buddy Will Plead Guilty and Help Prosecutors 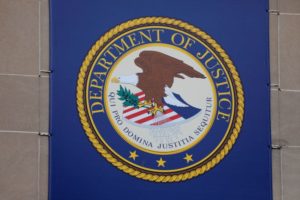 By Jan Wolfe and Mark Hosenball

WASHINGTON (Reuters) -A former Florida official central to the federal investigation into whether U.S. Representative Matt Gaetz committed sex trafficking of a minor will cooperate with investigators as part of a plea agreement, a court document submitted by prosecutors showed.

The former official, Joel Greenberg https://www.reuters.com/business/legal/friend-us-congressman-gaetz-expected-plead-guilty-sex-trafficking-case-court-2021-05-13, is set to plead guilty to crimes including sex-trafficking a minor – a relationship he described online as being a “sugar daddy” – and to introducing the minor to other adult men who engaged in sex acts with the minor in Greenberg’s presence, court papers show. The papers do not identify the other adult men.

A plea hearing for Greenberg, a former tax collector in Florida’s Seminole County, is scheduled for Monday in federal court in Orlando, Florida.

The plea deal marks a turning point in the sprawling federal investigation, which has roiled Florida politics and ensnared Gaetz, 39, one of former President Donald Trump’s staunchest defenders in Congress.

Investigators are seeking to determine whether Gaetz had sex with the same 17-year-old Greenberg was accused of trafficking, according to news reports and a law enforcement source who spoke with Reuters.

Gaetz has not been charged with any crimes and has repeatedly denied wrongdoing.

Greenberg’s lawyer, Fritz Scheller, suggested to reporters last month that Greenberg cooperating with federal investigators could have implications for Gaetz.

“I’m sure Matt Gaetz is not feeling very comfortable today,” Scheller said in April, after a court hearing where prosecutors signaled a plea deal was imminent.

In a column published last month on the Washington Examiner website, Gaetz declared he had no plans to resign from Congress.

“There are exactly zero credible (or even non-credible) accusers willing to come forward by name and state on the public record that I behaved improperly toward them,” Gaetz wrote.

Representative Steve Scalise, the No. 2 House Republican, said last month that the party would take action against Gaetz if the Justice Department formally charges him.

ICYMI, a zinger from earlier in the week