A Gender by Any Other Name: What Does the Term Genderqueer Mean to Us in 2021? 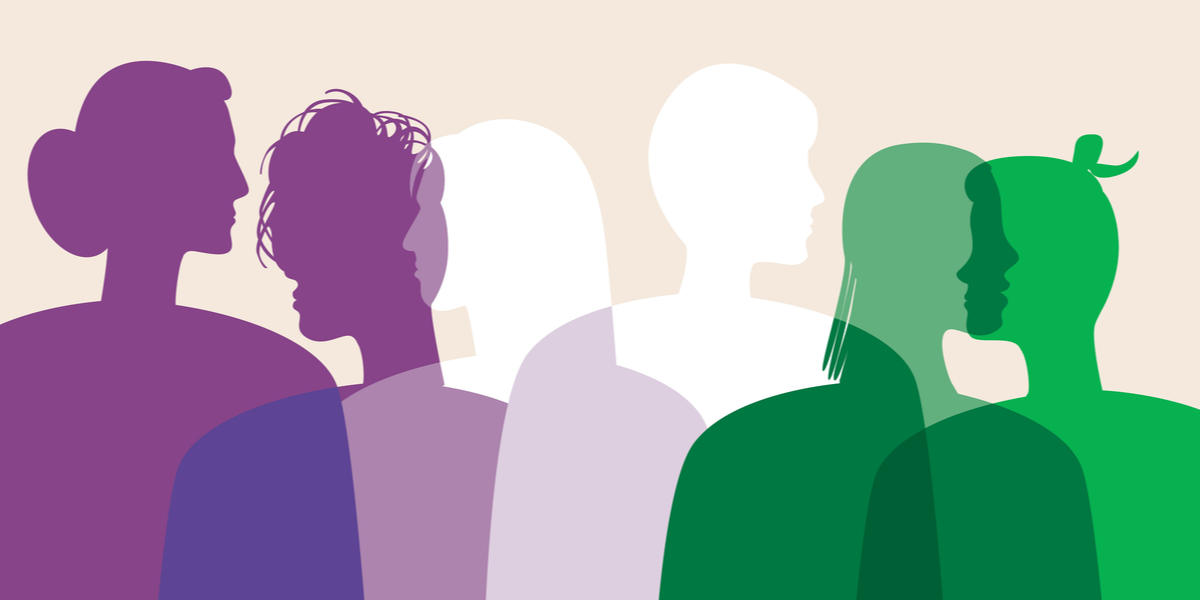 “I feel like people started enacting these borders around it and categorizing it, and that felt so bad and wrong, and the antithesis of everything that it should be. Then, some people also really conflated it with the idea of being genderless or agender, and I’m like, “No…” I feel a lot of gender feelings! I don’t know what they are, or what they mean, but they’re there.”

The post A Gender by Any Other Name: What Does the Term Genderqueer Mean to Us in 2021? appeared first on Autostraddle. A proposed policy would require staff to use the students’ preferred pronouns and allow them to use facilities that fit their gender identity.

HIV and COVID: Areas With More Gays and A History of AIDS Activism Correlate with Cities, States That Responded to Coronavirus Better, Earlier — When Govt was AWOL 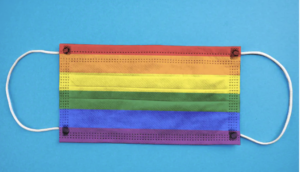 A study and possible forthcoming book strongly suggest that those who worked and agitated in their communities absent recognition, let alone support, for the Americans fighting the last pandemic, emerged with some skills to go with that trauma. And indications are that the lessons, insights and agitation likely mitigated some amount of pain during quarantines and contributed to greater resilience. — Editor

Throughout the pandemic, local neighborhoods have played a critical and well-documented role providing the health and social services necessary for American communities and businesses to survive and recover from the COVID-19 pandemic.

Gay neighborhoods were particularly well equipped to meet this challenge, according to our latest research on these communities.

We find that the lessons learned and trauma experienced early in the HIV/AIDS pandemic helped urban gay areas respond to COVID-19 quickly and effectively – especially in the face of early federal government paralysis.

Gay neighborhoods are those that welcome lesbian, gay, bisexual, transsexual, queer and other sexual minorities – a population generally referred to by the shorthand LGBTQ+. Well-known examples include the Castro district in San Francisco, Dupont Circle in Washington and Greenwich Village and Chelsea in New York City.

“Gayborhoods” grew during the sexual liberation movements of the 1960s and 1970s, offering LGTBQ people and their allies an escape from pervasive discrimination and prejudice. In these areas, sexual minorities could rent apartments, socialize in bars and express themselves freely in a like-minded, compassionate community.

Even as LGBTQ people in the U.S. began to live more openly, gay neighborhoods really coalesced around the HIV/AIDS pandemic.

When that mysterious new disease began ravaging the LGBTQ community in the 1980s, the U.S. government turned away from, not toward, those communities. Support critical for fighting HIV – including health care subsidies for uninsured people and funding for research on treatments and cures – was initially not provided. Information given by governments about disease transmission and treatment was inconsistent and sometimes inaccurate.

Government neglect ended up stigmatizing people with HIV and leading to many avoidable deaths. So, as we uncovered in our most recent book, gay neighborhoods filled the void where government and mainstream organizations failed. They became the battlefields where the AIDS pandemic was fought and eventually won.

Public health organizations like New York City’s Gay Men’s Health Crisis also stepped in to do what many doctors would not. They shared information about slowing and stopping the spread of HIV and also distributed condoms, conducted free HIV testing and connected people who tested positive to help.

The COVID-19 pandemic shares many similarities reminiscent of early days of the HIV/AIDS pandemic.

With both HIV/AIDS and COVID-19, there was a disjointed and bungled government response that endangered lives and produced both fear and stigma. Even some of the same government-appointed leaders were in place: Both Dr. Anthony Fauci and Dr. Deborah Birx worked on marshaling government resources to spearhead the medical response to HIV in the 1990s.

With COVID-19, as with HIV/AIDS, city and state governments were unprepared to fight a disease outbreak. They lacked both planning and infrastructure to effectively fight a rapidly accelerating public health threat.

For example, in New York, the Erie County Department of Health requested that Evergreen Health – an LGBTQ community group originally established in the 1980s as a volunteer effort to fight HIV – assume responsibility for HIV testing during the COVID-19 pandemic so that the county government could focus on COVID-19 testing. Evergreen also opened a drive-though COVID-19 testing center in the spring of 2020 – four decades after it had introduced HIV testing to the Buffalo region.

Throughout the COVID-19 pandemic, Evergreen Health not only continued to provide health care and other supportive services to Buffalo’s LGBTQ community but expanded offerings to better serve underserved and minority neighborhoods across the city. At that time, New York state was the global epicenter of the COVID-19 pandemic.

In Chicago and other cities, activists used LGBTQ+ urban social and professional networks established during the HIV/AIDS pandemic to tackle this latest disease. Queer communities disseminated information about COVID-19 to neighbors and distributed face masks and other protective gear, just as they had once shared information about HIV transmission and given out condoms.

[The Conversation’s most important coronavirus headlines, weekly in a science newsletter]

States with major grassroots activism in the HIV crisis also applied lessons from that era about overcoming misinformation and fear of contagious diseases.

For instance, New York state used a network of small laboratories to process its COVID-19 tests and administer vaccines – a model pioneered during the emergence of the HIV/AIDS pandemic when large, centralized laboratories were initially nervous about working with HIV-positive blood samples. Early on in the COVID-19 pandemic, this allowed New York to react effectively and process COVID-19 tests relatively quickly.

New York, followed by California, was among states in which COVID-19 infection first showed up in the U.S. As these state governments set up testing procedures, they drew upon methods for testing established during the HIV/AIDS pandemic. The experience in both New York and California with HIV/AIDS helped, at least in part, to establish robust testing networks during the COVID-19 pandemic.

The United Kingdom government, on the other hand, chose centralized laboratories to process tests, rejecting an offer to create a complementary network of smaller local providers. That decision may have complicated testing and slowed results and contact tracing, according to reporting by SkyNews.

Our research also finds gay neighborhoods banded together to meet the needs of the broader community.

Activist mutual aid networks formed decades ago within “gayborhoods” deployed peer-to-peer mobile technologies to help feed locked down and sick people – not only within the LGBTQ community.

Many of these efforts to combat COVID-19, like actions taken to fight HIV/AIDS, were done quietly, without fanfare. This neighbor-helping-neighbor approach is a hallmark of the leadership that can be found in gay neighborhoods – experienced rescuers in times of crisis.

This article is republished from The Conversation under a Creative Commons license. Read the original article. LGBTQ+ activists say they’ll pull support for the bisexual senator if she doesn’t end what many see as a roadblock to the Equality Act.

Chicago’s Black Sex Workers Hold Each Other Up 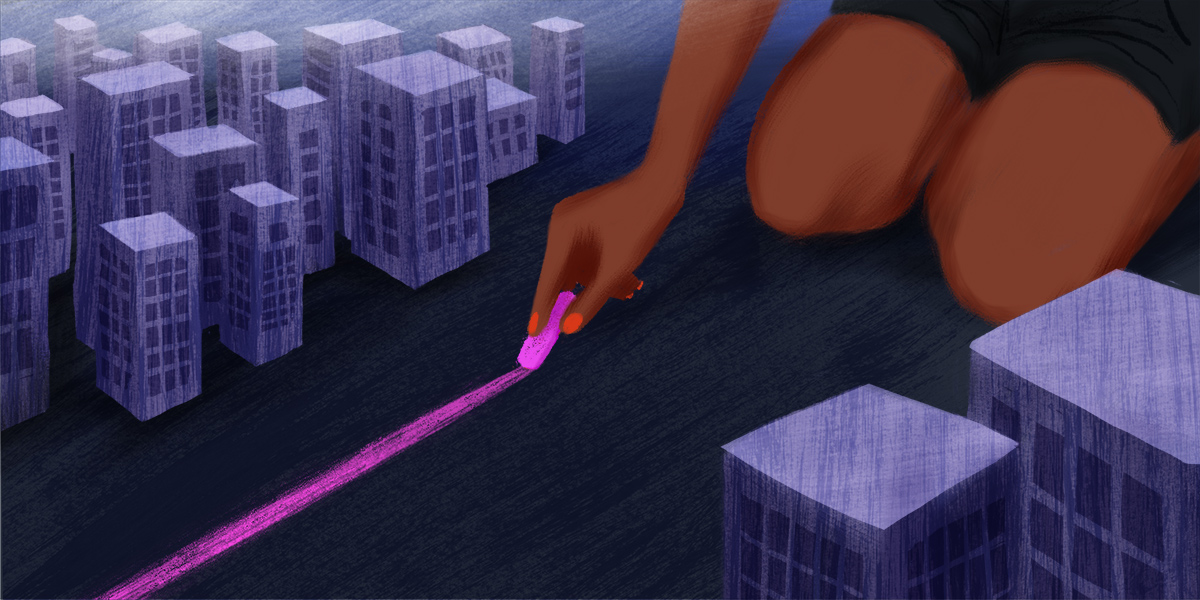 The post Chicago’s Black Sex Workers Hold Each Other Up appeared first on Autostraddle. The out supermodel invites Architectural Digest to enter her sugar walls… literally. 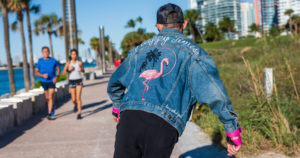 When you picture yourself in Miami, a few images likely come to mind: Dancing the night away among hot, sweaty bodies; enjoying the eye candy on a beautiful beach; mingling with the fashionable Art Basel crowd; or savoring Cuban flavors on your plate and on the dance floor. And that’s still just a fraction of the adventures awaiting.

A single trip to Miami can have you cruising the Everglades in an airboat and cruising the guys at a world-famous gay nightclubs, all in the same day. The wealth of experiences available for gay travelers visiting the famously LGBTQ+-friendly city means it can be hard to cram it all in on one trip.

To make sure you get at least a taste of Miami’s many flavors, we’ve put together four totally unique must-visit Miami spots for your next trip. Add one of these areas to your next itinerary for an unforgettable first-time experience or a new flavor to a return trip.

Marvel fans celebrating the big bisexual Loki reveal can thank director Kate Herron, who says the game-changing character development was her goal from the start. Episode three of the new Disney Plus series gave us the LGBT+ deity representation we needed by confirming, once and for all, that the God of Mischief is…