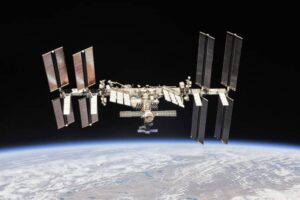 Published by
DPA
Prolonged time in weightlessness is now thought to lead to brain damage, in new research that poses more questions for the health risks of space travel. NASA/dpa

Spending time in space can damage the brains of astronauts, according to new research that poses questions for the long-term risks of future space travel.

Blood tests of space travellers indicate a slight but persistent brain injury and a faster ageing of the brain upon returning to earth, scientists at the Ludwig-Maximilians-Universitaet (LMU) in Munich say in a study published in the Jama Neurology journal in October.

However while space tourism is set to become a luxury business for rich patrons, the warning of potential brain damage appears to apply only to longer stays in space, and not to the few minutes of weightlessness that are part of new space enterprises like Blue Origin, used by Shatner.

Researchers believe one possible cause of brain damage during space travel is weightlessness, as it disturbs the flow of blood from the head, which is thought to lead to an increase in pressure in the cerebrospinal fluid over time.

Studies had already indicated that longer journeys into space not only cause muscles and bones to shrink, but also have an effect on the astronaut’s brain. However it was unclear whether these processes were harmful.

To find out, LMU physicians Peter zu Eulenburg and Alexander Chouker, together with colleagues in Sweden and Russia, examined the blood of five Russian space travellers who had spent five and a half months in the International Space Station (ISS).

The researchers showed that several proteins characteristic of ageing and brain injuries increased significantly immediately after returning from space. This was especially true for the first week after the return.

In order to keep the risks for space travellers as low as possible during long-term missions such as a trip to Mars, “more comprehensive studies with preventive measures against the increase in pressure in the head are absolutely necessary,” said LMU physician Peter zu Eulenburg.

The phenomenon that longer stays in space lead to changes in the brain has long been known as Spaceflight Associated Neuro-Ocular Syndrome (Sans), said Jens Jordan, Director of the Institute of Aerospace Medicine at the German Aerospace Center.

However, the study does not yet clarify whether the changes in the brain also lead to physical restrictions for those affected: “A biomarker in the blood does not yet say anything about clinical ailments.”

According to Jordan, the space agencies NASA and EA are working on countermeasures. Among other things, they are investigating whether a centrifuge for space travellers with artificial gravity could help.

A study is also currently underway on the effectiveness of negative pressure in the lower half of the body to drain fluids. “This is one of the medical challenges of spaceflight,” Jordan said.

The researchers had analysed the astronauts’ blood before and immediately after the flight, as well as one and three weeks later. Long-term studies and larger subject groups are needed to better understand the connection between the stay in space and possible neurological damage, they write in the scientific journal.