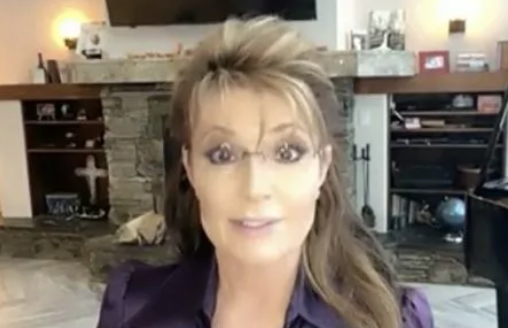 Sarah Palin’s libel lawsuit against the New York Times will have to wait — the former Alaska governor has Covid again.

U.S. District Court Judge Jed Rakoff made the announcement at the start of the trial on Monday, when jury selection was expected to begin. “Ms. Palin has tested positive for coronavirus. She is of course unvaccinated,” he said, according to court reporter Frank G. Runyeon.

Palin’s attorney then requested a seven to 10 day delay so that she may be present for the jury selection.

Last March, Palin revealed she was experiencing “bizarre” symptoms and was proof “anyone can catch [Covid].” At the time, she strongly encouraged “everyone to use common sense to avoid spreading this and every other virus out there.” Apparently, her common sense approach does not include receiving the vaccine.

In fact, she told a crowd late last year, “It’ll be over my dead body that I’ll have to get a shot. I will not do that. I won’t do it, and they better not touch my kids either.”

Palin filed the lawsuit against the Times over a 2017 editorial that made false links between her political ads and the 2011 shooting that wounded Rep. Gabrielle Giffords (D-Ariz.) and killed six people.

The Times admitted it misrepresented a map published by Palin’s political action committee that featured stylized crosshairs over the districts of 20 Democrats, Giffords’ among them. The newspaper quickly issued a correction saying that no such links were confirmed.

It’ll be an uphill battle for Palin’s lawyers to prove the Times behaved with “actual malice” in printing the editorial — defined as “with knowledge that it was false or with reckless disregard of whether it was false or not.”