Meme shows how our founding fathers were really our drag mothers 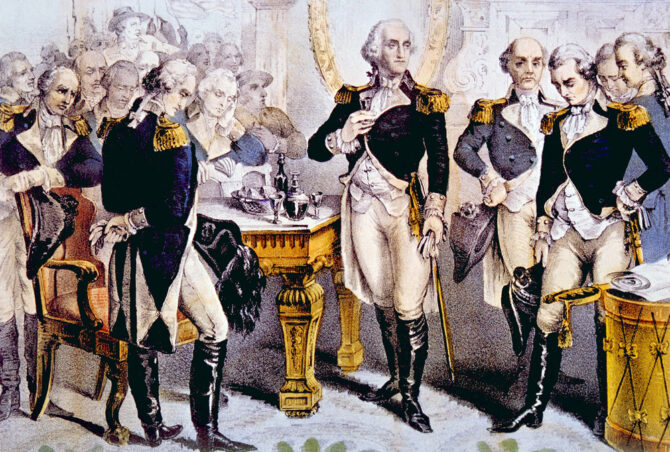 A perennially popular meme quote reminds us that the United States was built on drag: “If you think it’s weird for grown men to put on wigs, heels, rouge, and stockings… I have bad news for you about the founding fathers.”

Indeed, powdered wigs were an indicator of wealth around the time those 56 dudes signed the Declaration of Independence, according to Mental Floss, and the American Battlefield Trust reports that John Adams, Thomas Jefferson, James Madison, and James Monroe all wore wigs.

And yes, men also wore rouge in the 1700s, per Gizmodo. Just look at that famous portrait of George Washington, and you’ll see some suspiciously rosy cheeks.

Related: This is the perfect clapback for the idea that gayness is a ‘choice’

Anyway, there’s no word on the mastermind behind this meme, but it appeared on iFunny back in 2019, and it’s been quoted on social media countless times since.

In fact, Paul Deasy, the mayor of Flagstaff, Arizona, tweeted a version of the quote in 2021, as he told his populace that the drag-queen story hour at the local library would continue.

Drag Queen Story Hour at the Library will continue. If you have a problem with grown men putting on wigs, heels, makeup, and stockings, I have bad news for you about the founding fathers…