Chris Pratt Called Out! Actor’s ‘Not Religious’ Claim Debunked After Spilling About Church & Faith For Years 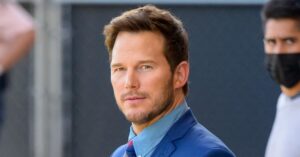 Chris Prattshocked the world when he came out and denied going to Hillsong church or being religious altogether after catching flak for going to an anti-LGBTQ establishment — but now, after spending years preaching about his faith, his words are coming back to bite him.

TheJurassic World actor, 43, claimed he’s “not a religious person” and called religion “oppressive as f—” in his latest interview with Men’s Health, despite hijacking several interviews and social media conversations throughout the years to talk about his church and faith.

Pratt famously defended his church in 2019 after the organization was accused of being “infamously anti-LGBTQ.” Over the years, he was quoted several times saying he went to Zoe Church in Los Angeles, a facility with strong Hillsong ties.

“I never went to Hillsong,” Pratt told Men’s Health, failing to mention Zoe’s connection to Hillsong. “I’ve never actually been to Hillsong. I don’t know anyone from that church,” he insisted.

FYI — Zoe Church’s pastor Chad Veach told The New York Times that he “modeled his church after Hillsong.” Hillsong’s ex-senior global pastor Brian Houston, the one who was charged with hiding his father’s sex crimes, said, “we are not a church that affirms a gay lifestyle.”

Here are some other comments made by Pratt about his faith that’s left fans scratching their heads after his confusing “not religious” interview.

In February of this year, the Guardians of the Galaxy actor posted a photo of a cross and added a caption that sure sounds religious. “Pray, rest, renew the spirit, cast down darkness, choose positivity and trust in the knowledge that you are so loved just the way you are. Not because you’re great. Not because I’m great. Because He is great. Like if you believe,” Pratt wrote just 18 weeks ago.

In February 2019 while appearing on The Late Show With Stephen Colbert, Pratt dished about a 21-day fast that he did “through his church.” In a separate sit-down, the star got deep about praying.

When Elliot Page, formerly known as Ellen Page, spoke up about Pratt’s church affiliation and its “anti-LGBTQ” stance, the Avengers actor didn’t hesitate to fiercely defend his house of worship.

“It has recently been suggested that I belong to a church which ‘hates a certain group of people’ and is ‘infamously anti-LGBTQ.’ Nothing could be further from the truth,” Pratt wrote in 2019.

“I go to a church that opens their doors to absolutely everyone. Despite what the Bible says about divorce, my church community was there for me every stop of the way, never judging, just gracefully accompanying me on my walk,” he insisted. “They helped me tremendously offering love and support. It is what I have seen them do for others on countless occasions regardless of sexual orientation, race or gender.”

Fans can’t help but slam Pratt on the hypocrisy of his latest interview. “Chris Pratt: ‘I’m not religious, pffft, as if.’ Also, Chris Pratt: ‘So any way, this reminds me of when I was golfing with my pastor,’” one person tweeted.

“I don’t know if this is going to make sense to everyone, but it is so weird watching Chris Pratt go through the same process I went through from back in 2003 when I was balls deep in a Christian cult telling everyone “I’m not religious”. Its like a textbook response to criticism,” shared another.

“I think you meant “Chris Pratt’s PR firm is seeking to change perceptions about his religious views because it’s detrimental to his career,” posted a third.