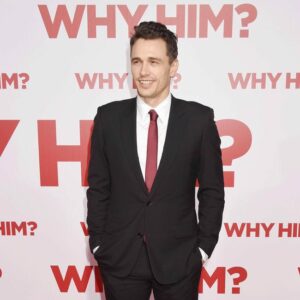 Fidel Castro’s daughter has praised James Franco’s casting as her father in a new movie.

The ‘127 Hours’ actor – who has Latin and Portuguese heritage – will portray the former Cuban leader opposite Mia Maestro as his former lover, socialite Natalia ‘Naty’ Revuelta, and Ana Villafane as their daughter Alina Fernandez in ‘Alina of Cuba’, and the real Alina thinks producers have done a great job with casting.

She told Deadline: “[I am proud that] the project is almost entirely Latino, both in front and behind the camera.

“James Franco has an obvious physical resemblance with Fidel Castro, besides his skills and charisma.

“I find the selection of the cast amazing.

“Ana Villafañe is extraordinarily talented, and not only as an actress because she is also a great singer, a very complete performer. I’m sure that Mía Maestro, an actress I admire, will understand and interpret Naty, my mother, in a unique way and I can’t wait to see her building her character.”

Alina – who will be a biographical and historical consultant on the film – went on to praise the rest of the cast, which includes Alanna de la Rosa, Maria Cecilia Botero, Harding Junior, and Cuban-born actors Sian Chiong and Rafael Ernesto Hernandez.

She added: “The rest of the cast is going to be a wonderful surprise for all audiences.

“The filmmakers worked a lot and I can’t be more grateful to them for their overall inclusive selection.

“To me, the most important thing about this movie is that the conversation about Cuba is alive.

“Personally, the experience is so far too unexpected but more than anything, humbling.”

Written by Jose Rivera and Nilo Cruz , the movie will show the life story of Cuban exile and social campaigner Alina, who found out aged 10 she was Castro’s daughter.

She became an anti-communism activist who was arrested multiple times for her attempts to flee Cuba, and banned from travelling outside the country. She defected to Spain in 1993 and settled in Miami.