In the best way, ‘Bros’ could be Billy Eichner’s ‘Trainwreck.’ He owes it all to his Northwestern years 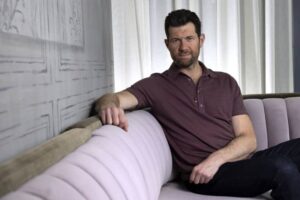 “The movie I want to make?” Billy Eichner, co-writer and star of “Bros,” asked that in a conversation he recalls having during the development phase of “Bros.” with his director and co-writer Nicholas Stoller and producer Judd Apatow. “I said to Nick right off the bat,” Eichner is telling me, “even before we knew what the story was going to be: As much as I love ‘When Harry Met Sally’ we can’t just do ‘When Harry Met Sally,’ slip in two gay guys and have that be authentic to gay men’s experience.” Their response? “We don’t want you to hold back.” A year or so later, there they were, pitching t…