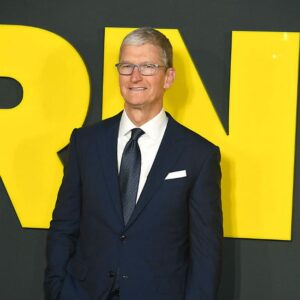 Tim Cook says there is “no good excuse” for the lack of women in tech.

The Apple CEO believes that the key to the the industry reaching it full potential relies on more women to be invited to “the table” as more diversity is always a good thing in the world, particularly in the workplace.

The 61-year-old tech executive told BBC News: “I think the the essence of technology and its effect on humanity depends upon women being at the table.

“Technology’s a great thing that will accomplish many things, but unless you have diverse views at the table that are working on it, you don’t wind up with great solutions.”

According to their 2021 Diversity report, Apple – who invented the iPod and the iPhone – have increased their share of female employees by 89 per cent in seven years to a 34.8 per cent total.

At the time, Tim tweeted: “At Apple, we know how important it is to build and maintain a culture where everyone belongs. We’re proud of the progress we’ve made to create a more inclusive workforce and are committed to doing more.”

While in conversation with the BBC, he said that firms “can’t cop out” and need to help promote women joining the sector through education and the like.

“We have to fundamentally change the number of people that are taking computer science and programming.”