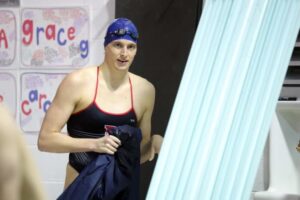 Published by
The Spun

By Andrew Holleran Former Penn swimmer Lia Thomas is once again the topic of debate on sports twitter. Monday night, U.S. Senate candidate Herschel Walker featured one of Thomas’ past opponents, Kentucky swimmer Riley Gaines, in a campaign ad. “I was forced to compete against a biological male,” Gaines, who competed against Thomas at the NCAA Championships, said. The new campaign commercial is going viral on social media. Many sports fans don’t seem to be taking Gaines’ side, though. “Riley Gaines came in 5th place in that competition. I don’t think transgender athletes are her problem,” one f…