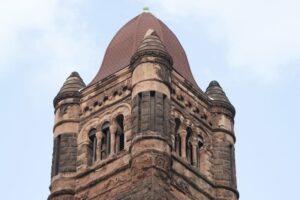 NEW YORK — The congregation is ready to let go of its church. The neighborhood isn’t. A debate over whether to preserve a once-stately Upper West Side church or to raze it to make way for a luxury condo building has erupted into lawsuits, hourslong hearings — and accusations of greed and neglect. Once the epicenter of social activism in the neighborhood, the condition of the West Park Presbyterian Church has devolved to the point where scaffolding surrounds its outer walls and signs of decay are painfully evident. The congregation argues the church is beyond repair. They want the building stri…