Our Week 13 fantasy WR rankings feature several top-tier studs with favorable matchups, but there are also plenty of potential sleepers with sneaky upside in the middle of the rankings. Whether you’re in need of a streamer wide receiver or you’re just prone to overthinking every start ’em, sit ’em decision, we can help.

Green Bay, Tennessee, Cleveland, and Carolina are on bye, so the biggest — and, really, only — losses here are Davante Adams and D.J. Moore (with A.J. Brown heading to IR). For a four-team bye, you’re not going to find an easier week on wideouts than this one.

It’s worth noting Ja’Marr Chase (vs. Chargers), Stefon Diggs (vs. Patriots) Terry McLaurin (@ Raiders), and Keenan Allen (@ Bengals) are all in tough matchups this week, but you already know they are must-starts. Teammates Tee Higgins (vs. Chargers), Emmanuel Sanders (vs. Patriots), and Mike Williams (@ Raiders) are tougher calls, but all have shown enough TD upside this season to still be in most lineups.

On the “start” side of the start-or-sit bubble, Kadarius Toney and Sterling Shepard (@ Dolphins) have high ceilings if they play against the second-worst defense against fantasy WRs. The same goes for Michael Gallup (@ Saints) against the worst defense against fantasy WRs. Seattle is a middle-of-the-pack defense against wideouts, but Brandon Aiyuk (@ Seahawks) has done enough in recent weeks to be trusted, so he’s one of the better options after the “no-brainer” guys. Christian Kirk (@ Bears) should be in for a nice fantasy day even if DeAndre Hopkins (hamstring) is back, and Rashod Bateman (@ Steelers) is a good option, too, as the Steelers’ pass defense has quietly been a bottom-10 unit against the position.

Tre’Quan Smith (vs. Cowboys), Russell Gage (vs. Buccaneers), Van Jefferson (vs. Jaguars), A.J. Green (@ Bears), Nico Collins (vs. Colts), and Josh Reynolds (@ Vikings) are riskier options, but they each have juicy matchups against defenses in the bottom half of the league against fantasy WRs. If DeVante Parker (vs. Giants) and/or Will Fuller (vs. Giants) are finally back in the lineup after dealing with hamstring and finger injuries, they can be considered, as the Giants are the 12th-worst defense against fantasy WRs. You could also try T.Y. Hilton (vs. Texans) if you’re in a tough spot, but he’s obviously far from a sure thing. DeSean Jackson (vs. Washington) is a boom-or-bust option who can be seriously considered after a nice performance on Thanksgiving.

Corey Davis (vs. Eagles), Tyler Boyd (vs. Chargers), Cole Beasley (vs. Patriots), and Jakobi Meyers (@ Bills) have tough paths to success against top-10 WR-stopping units, and we know the latter three are rarely great options in standard leagues. Ultimately, all the Jets’ and Patriots’ WRs should be viewed as having limited ceilings, but Kendrick Bourne has established a high-enough floor to be in most lineups. We should also expect another bust week out of Marvin Jones and Laviska Shenault (@ Rams) and Allen Robinson (vs. Cardinals), though Darnell Mooney (vs. Cardinals) remains in play.

We laid out a ton of worthwhile options here, plenty of which are readily available on waivers. This is the second-to-last week of byes, so we’re eventually going to have all options at our disposal. Still, we’ll have to continue to weigh our options and make sure we’re playing the best lineups possible as we inch closer to the fantasy playoffs.

Note: We’ll be updating these WR rankings as needed throughout the week, so check back for the latest changes and analysis.

​Fantasy WR Rankings Week 13: Who to start at wide receiver

Rankings based on standard, non-PPR scoring

Russia to Consider Restricting Gay Love Scenes, 'As With Pornography' Films and TV shows with such content would be available only by “special access,” says an anti-LGBTQ+ member of Parliament.

We’ve got our eye on flannels, skincare, planters, boots, sneakers, underpants and so much more at the year’s best Black Friday sales! Support Autostraddle by shopping through our affiliate links! Joshua Payne-Elliott sued the Indianapolis Archdiocese after he was terminated from his teaching job for having entered into a same-sex marriage.

An overwhelming majority of Swiss voters approved the “Marriage for All” initiative via a September referendum. Two trans Iowans had sued over the state’s exclusion of such procedures.

A new poll found that 65% of adults don’t support the Texas ban, and 60% want the Supreme Court to uphold Roe v. Wade.

The new guidelines shift the focus off individual testosterone levels and were created after extensive consultation with medical and human rights experts.

Having great sex when you don’t feel great and sexy, what it means to feel your feelings, the state of sex parties today and more. 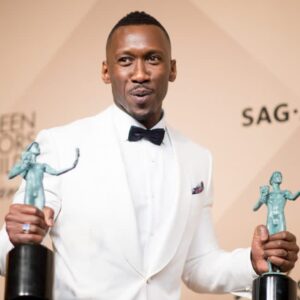 Marvel’s ‘Blade’ movie is set to start filming in summer 2022.

According to the industry magazine Production Weekly, the movie – starring Mahershala Ali – will start shooting in late summer 2022 in Atlanta.

Blade first appeared in Marvel comics in 1973. He is a human-vampire hybrid as his mother was bit and killed by the blood-sucking monsters during childbirth.

The character was played by Wesley Snipes in three movies between 1998 and 2004 and Marvel boss Kevin Feige previously explained that he had been desperate to revive Blade in the Marvel Cinematic Universe (MCU).

“Now with Doctor Strange and the supernatural elements coming into the MCU, it felt like we could definitely start exploring that.

“Mahershala wanted to come in and meet with us, and when Mahershala Ali wants to meet, you take the meeting.

“I think he had just come off of his second Academy Award, and we were talking very polite and he was talking about what a fan he is. And then he just cut right to it and was like ‘Blade.’ And we were like, ‘Yes.’”

Meanwhile, Bassam Tariq has revealed his ‘Blade’ film isn’t “as boxed in” to the comics as other Marvel movies.

The director – who signed up to helm the project in July – hinted about what fans can expect from the movie, and he revealed he is putting “character first”.

He said: “What’s so great is it’s not as boxed in as I think people imagine it to be, which I thought it was.

“But it’s quite exciting, and I think the reality is there is no ‘Blade’ canon. In some comics, his name is Fred H. Blade, you know, instead of Eric Brooks.

“Unfortunately, the runs never lasted that long, and there have been some interesting and exciting waves. But I can say [the new movie is] character first.”